And did you know that..?

Bigfoot, also known as sasquatch, is the name given to an ape-like creature that some people believe lives in forests, mainly in the Pacific Northwest region of North America. Bigfoot is usually described as a large, hairy, bipedal human-like creature.
by Bill (Student Spirit)
Posted by OVS 6th grade English class 2012-2013 2 comments:

Three of our teams decided to do an assignment describing an interesting monster character, imaginary,historical or fictional! The goal was to put into practice the descriptive adjectives we learned two weeks ago in class. Can we use them in descriptions?  Let's see! 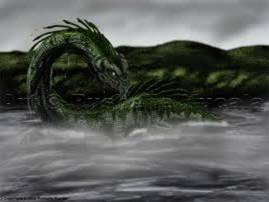 The Loch Ness Monster is a legendary sea serpent which according to the legend lives in Loch Ness in northern . It is an object of study of cryptozoology. It is often found with the name Nesi (English Nessie). Reports on the existence of an unknown monster in Loch Ness date back to the 6th century but underwater surveys conducted in 2003, using sonar, failed to locate the legendary serpent. 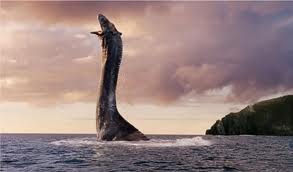 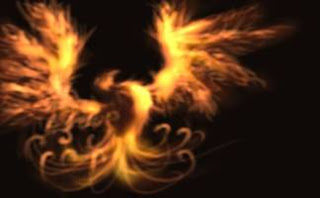 The bird of  was honored in ancient  and was associated with the worship of the Sun and Apollo.
Apart from ancient Greece, the Phoenix was a very sacred symbol for other cultures: According to the Egyptians, it was named Ben (Bennu) and was at the top of the pyramid.  is ​​associated with O, the son of Osiris and Isis
In the Jewish culture it is the only animal that does not eat from the fruit of the tree of knowledge of good and evil. According to this tradition then Eve gives all animals to eat and only he resists. So God honors the  (Hebrew Milcham) and makes him immortal.
In the beginning of Christianism,  represents Jesus Christ, who also dies and resurrects three days like the phoenix was reborn in three days. The symbolism may be evident at many temples in Greece.
The Scary Creature!!!
by Funny Girls 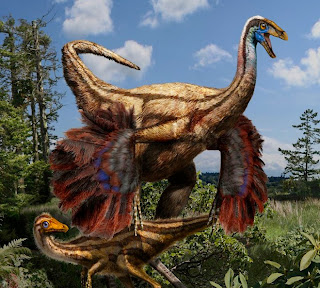 The Scary Creature is a dinosaur with yellow eyes and a big nose. This creature lives near the volcanoes. Sometimes the Scary Creature throws out fire from its mouth. It has got big teeth, a small mouth, a big eyebrow and a long face. It is one-eyed, beautiful, disgusting and wicked. It wears boggy boots. If we catch it, it will fill us with bacteria. We have seen this creature and it’s very scary, but on the inside it is good-hearted. We love this creature!!!!! 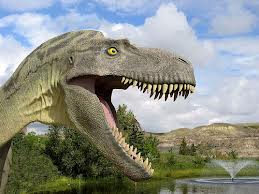 Execution:
Initially ,cut the apples.Then melt the butter in a pan, add the apples and then the sugar. When the sugar is melted, add the brandy and the cinnamon stick. Leave for 11 -12 minutes until it  starts to smell nice and cut the pastry sheet in half. Place it in a pan and add the apples. Bake in a preheated oven at 180 degrees.
Posted by OVS 6th grade English class 2012-2013 3 comments: